Another year, another Transcontinental race. Here is my latest kit list. I recommend you read my previous entries too 2017, 2016, 2015 and 2014 as I will refer to them. For all the photos see the album in Flickr.

Back to basics, so to say. After year with Orbea road bike I’m back to my frankenbike Tunturi F500 from year 2003. Original parts today being frame, headset, seat clamp and derailleur hanger. 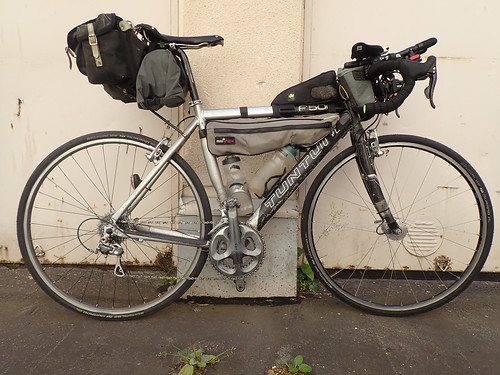 I will ride the Silk road mountain race after Transcontinental so a few details are due to that. I have 3 Lupine batteries, 12-30 cassette and some other gear mostly due to using same bike 5 days after Tcr for a very different event.

Tires are this time Durano 28 mms. I took a little more robust quick releases. In real frankenbike manner there is a Shimano in rear wheel and Campagnolo in front. This is also the first year I’m riding without power meter. For simplicity and no need to change batteries, but also a chance to push too hard in the headwinds. Also a bit heavier SON original hub dynamo this time.

Camelbak podiums again like ever since I bought them. The Brooks saddle has travelled with me over 50000 km already. 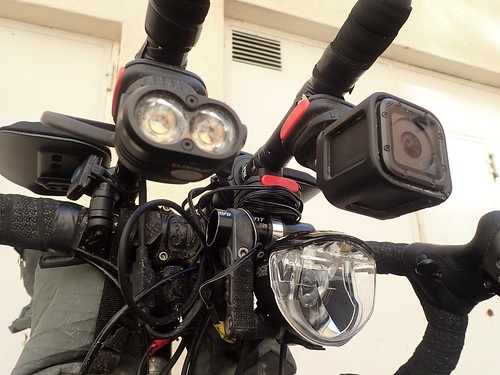 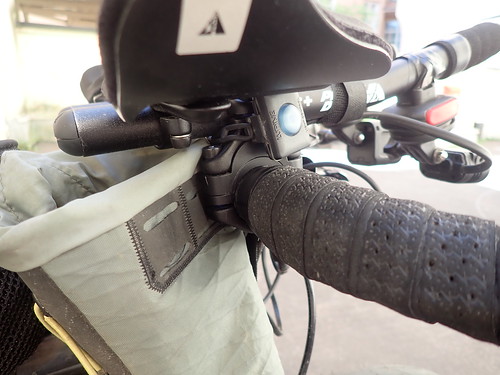 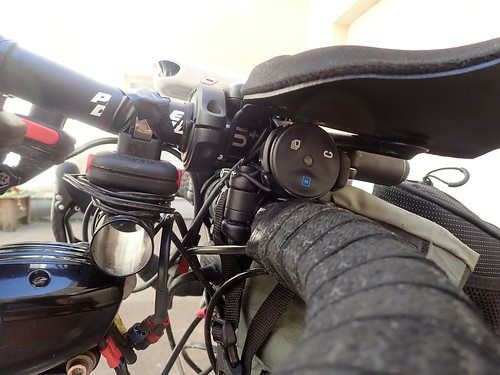 Luxos U again as the main light. Lupine Piko R is for uphills and downhills. Remote for Garmin 1030 on the left hand side and Lupine on the right hand side. GoPro session for video as usual. I usually like symmetry and simplicity in my dashboard, but this time it’s completely gone. 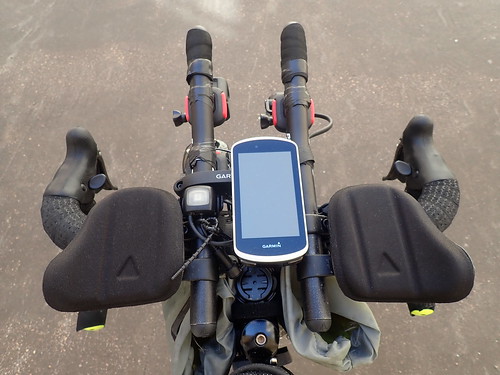 I lost my Solas 2 last winter and replaced it with Solas 100 which is pretty much the same light. For all the good (very bright) and bad (easily gets wet) features. B&M Secula is again the main taillight powered by dynamo. 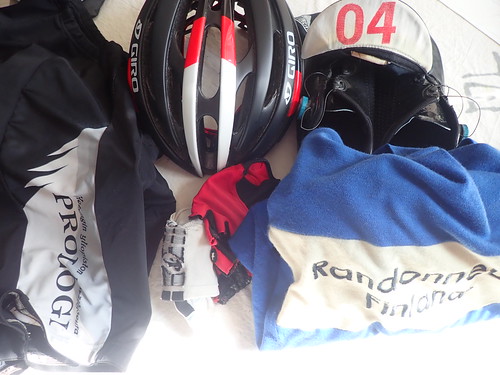 New helmet since last year as I left old one to a train to Thessaloniki last year. Some new shoes as I am using Shimano spd pedals this time. Otherwise the kit remains the same. 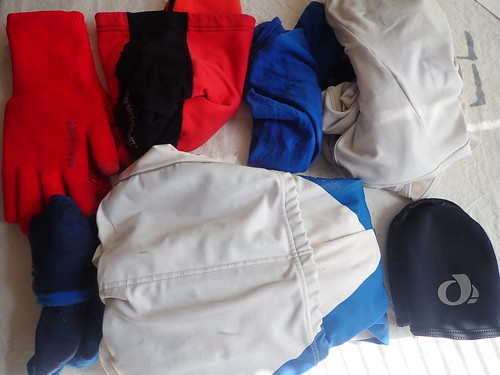 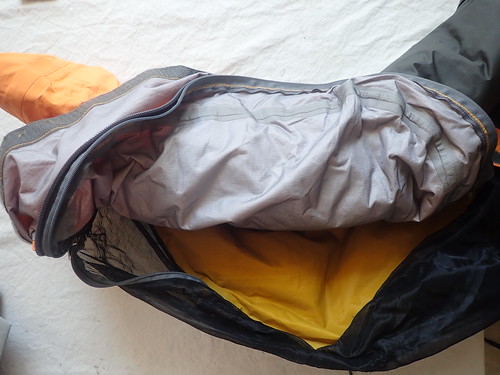 In the Alpkit drybag I have a bivy and sleeping pad (Neoair xlite). Big change from bubble wrap, but these are again needed after Tcr anyways so why not bring them to finish on my own. Same goes with the mosquito spray and hand disinfectant. 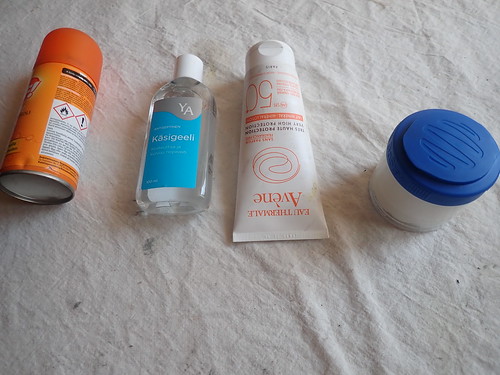 Hand disinfectant, mosquito spray, sun screen and Mucoff chamois cream. The same sh*t as Assos, but it just happened to be available in a shop once upon time. These are in left pocket of Carradice. 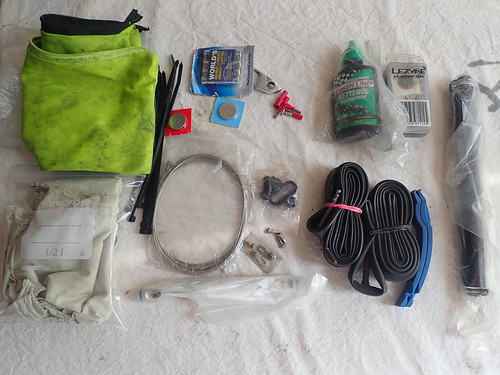 Tools are a little more scarce than previously as I dropped Power tap and shoelace tools. Otherwise nothing new here. 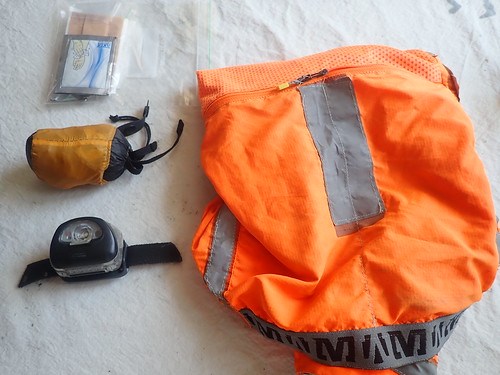 Right pocket has some plasters, packable backpack, Petzl headlight and reflective vest. Vest was renewed last year with some reflective cloth. I did it myself and you can see it from the result. 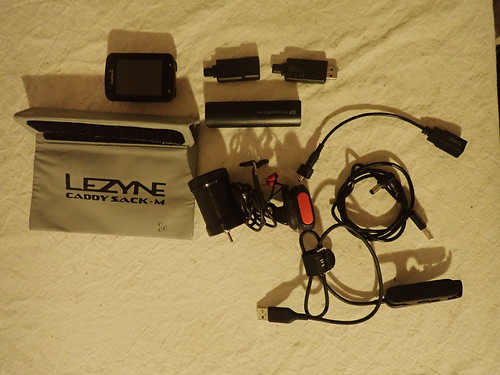 Then some spare everything. A Garmin 820, Sinewave beacon dynamo light, cables likely to break or get lost and a last resort power bank. Hopefully I’ll only need the Polar V800 charger once, but that might be wishful thinking. 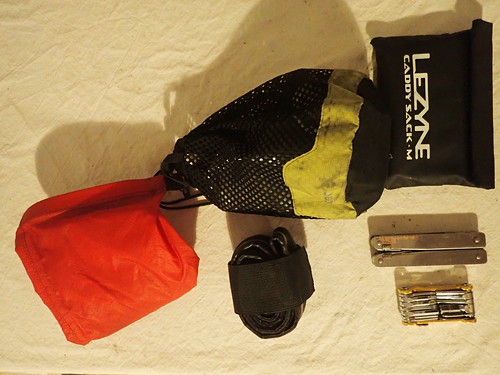 In the Missgrape framebag I have chargers, spare tire, bicycle tool, universal tool, spare phone and basic hygiene items. Also Sbh-52 handsfree for listening to music will initially be there. 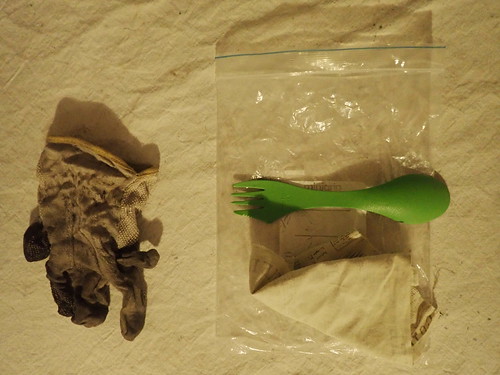 Missgrape top tube bag will have a work glove and spork. It and right side Apidura food pouch will be dedicated for food most of the time. 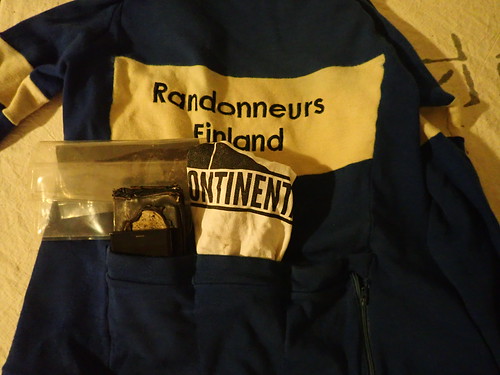 Finally the merino jersey’s pockets will have wallet, Xperia X compact phone, musette and Olympus TG-5 camera. Rightmost pocket with camera will also have some coins to save time during fast stops.