Webshop for Randonneurs Finland is open. It will be open until 26.2. and the 300 km preregistration step of PBP’20.

You include other products from Cima Coppi (eg. arm or knee warmers) to your order with 15 % discount using SUOMI15 code.

The jerseys will be shipped to Finland as a single parcel and withing Finland shipping will be arranged with each individual (eg. pick up from Helsinki or delivery by Matkahuolto). If you prefer individual shipping (eg. to abroad) contact info@cimacoppi.cc for more information.

Participants have 8 days, 4 hours and 10 minutes to ride their self made route. Private resupply is forbidden so participants can only use equally available services such as shops and restaurants. You may cheer on the participants, but helping them, even online, is forbidden. 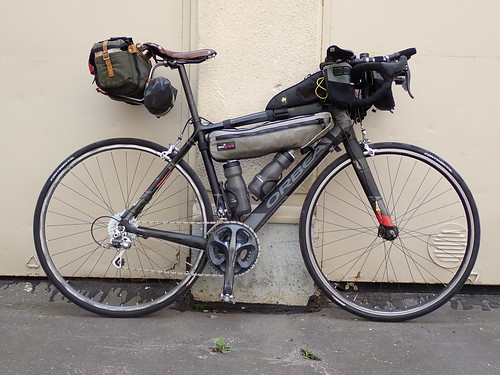 This time I’m again, the other time was in 2016, riding my Orbea road bike to the Transcontinental. Basic 2×10 speed compact with 50/34 front and 13-29 back. SON deluxe hub dynamo in the front and Dtswiss 240 in the back. Tires are 28 mm Continental GP 5000s. This time I did full overhaul of the drivetrain to avoid problems with cables or worn parts on the road. This year’s route is rather unforgiving to mechanicals as the route is very long. Almost 10 % more than in 2019 or 40 % compared to 2013.

Saddlebags are Carradice Barley and Apidura expedition fork bag. In the frame there are Missgrape frame and top tube bags. In the handlebars 2 Apidura food pouches and a Restrap tech bag. 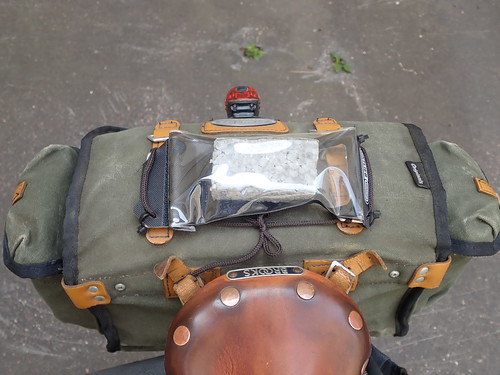 I made a styrox replica of the FMC tracker and found a decent place to mount it on the saddlebag. Not visible while riding, but easy to check at each stop. I should be confident enough with the 5x tethered pouch even though I can’t see the tracker while riding. 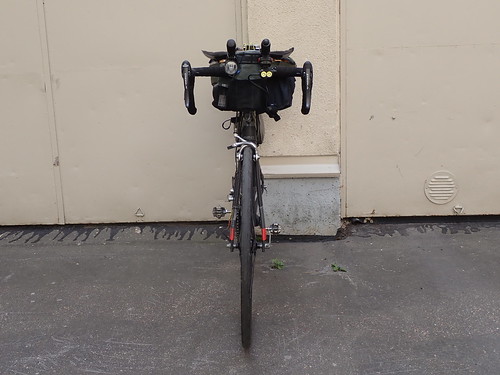 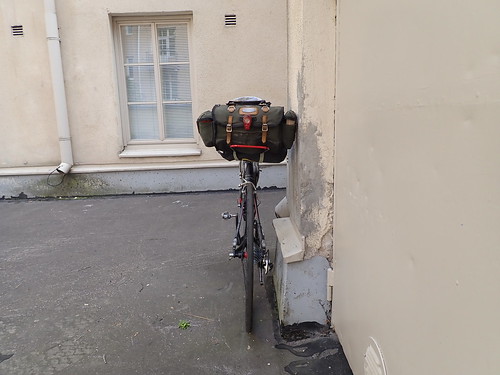 Along with a dynamo I have B&M Iq-X front light and 2 B&M Toplight small rear lights. Battery lights are Niterider Solas 250 in the rear for blinding people and Lupine Piko in the front. Piko is useful at night in heavy rain and fast downhills. I added red reflective tape to the rack. 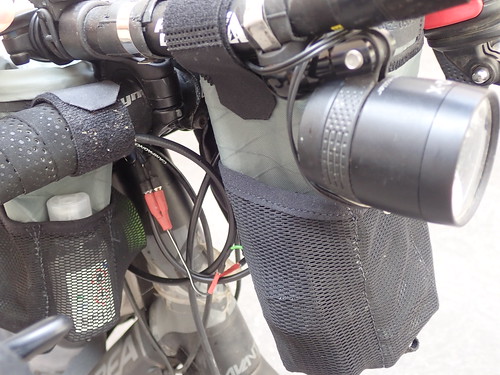 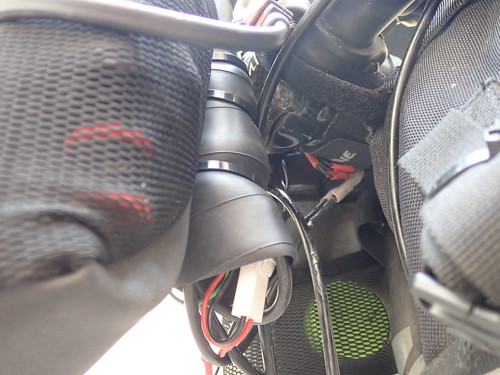 I did internal routing for the light cables when possible. With Cinq5 Plus dynamo charger there are now some 8 pairs of connectors between a dynamo and a front light. Even more for tail lights. I really wish it were more simple, but Cinq just happens to work like that. For the not so impossible scenario that some connector stops working, there is a full length cable that can at any time be directly connect from a light to a dynamo. Light is anyways the important part and rest, the connector jungle and charging, can be sorted out later. 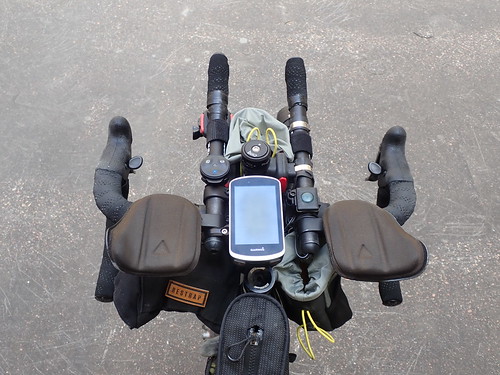 The dashboard looks the way like I like it. Easy access to everything needed while riding. Remotes for Piko and Garmin. Even though Garmin is handy, a physical button beats the touch screen in most situations. Remote is set to ’show backlight’ and long press for ’show map’. 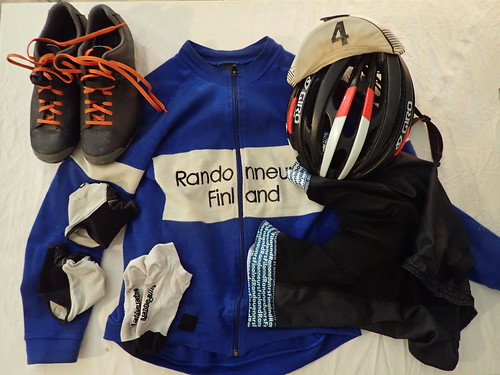 Not much changed in the wear. Actually some of the wear has already done 7 Transcontinentals, like the knee warmers. Giro helmet, Cima coppi wool jersey, Shimano shoes with normal laces, Kalas shorts, Assos socks and Assos gloves. Missing from the photo is a Polar Vantage M watch. 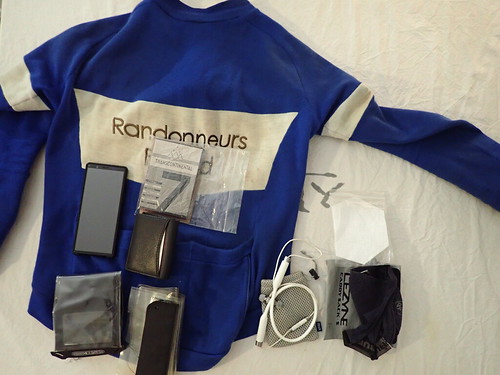 The jersey’s left pocket for phone, middle pocket for passport, brevet card and wallet, right pocket for camera (TG 5, used to take these photos) and zippered pocket for headphones and mask. (The last one I have not had in previous editions.) 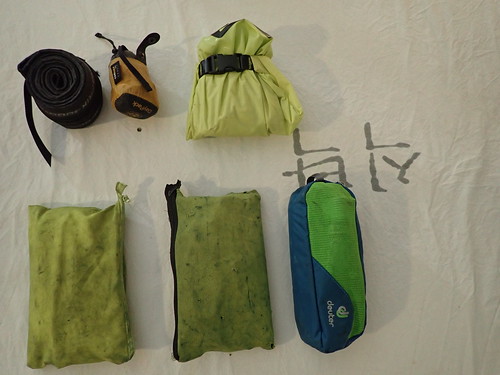 The top tube bag has food, spork and a working glove for working with chain. It also works as a trashcan. 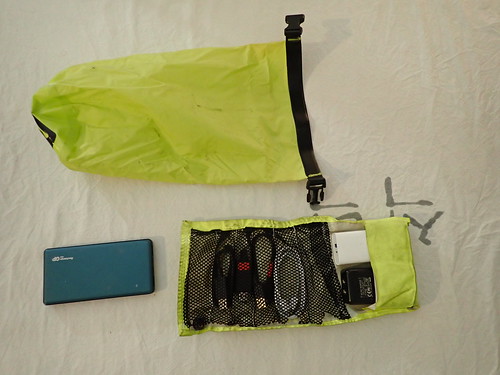 Charging and cales are a mess when there is a mix of usb-c and micro inputs and usb-c and a outputs. I have 3xa and 1xc outputs to use during stops. I try to avoid short charging stops and manage with Cinq, but you never know… At least this time I don’t need any spare batteries as the tracker is recharged with usb-c and I just replaces the batteries in remotes. 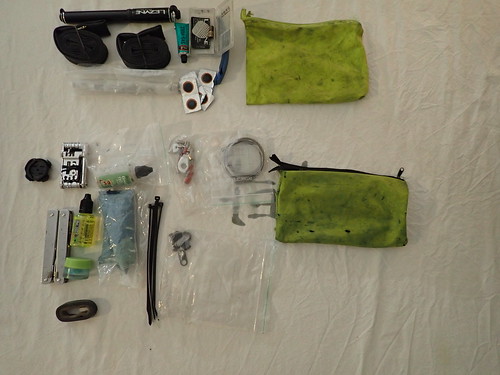 Tools are what you would expect. 2 inner tubes, patches, multitools, chain links, zipties, spare cleat, electric connectors, some tape and that’s about it. Also a spare derailleur hanger and spare hose to pump in the list of a little rarer spares. Spare spokes are in the saddlebag. There is a small dose of hand cleaner and 50 ml bottle of chain cleaner. 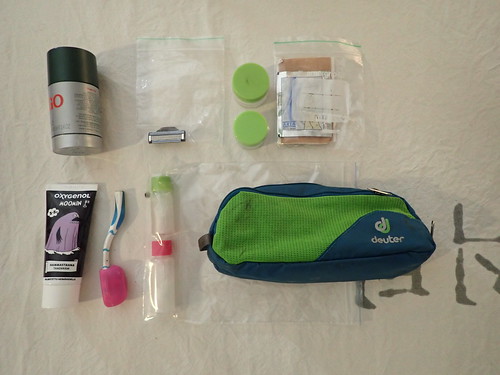 Hygiene stuff is the usual. I have 2 small bottles of shampoo and 2 small doses of chamois cream in case I lose them on the road. Happens every time. The kids tooth paste is only one in a small package that was readily available at local shop. 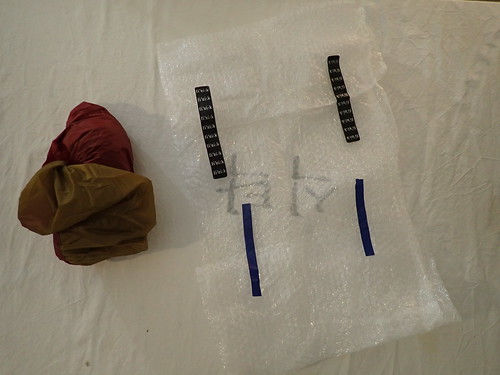 Camping is in the ”Fork pack” and includes a bubble wrap mattress and MSR E-bivy. This is 2nd time I’m bringing a bivy. The choice was after all an easy one as this bivy is like 90 grams more than a space blanket and packing size is essentially the same as used space blanket’s. 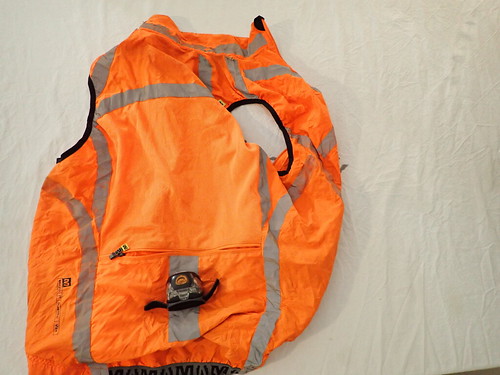 Left pocket of the saddlebag has reflective vest and headlight. Main compartment has all the clothes and some emergency stuff. Right pocket has sunscreen, chamois cream, toilet paper and a musette. I use musette during most stops. 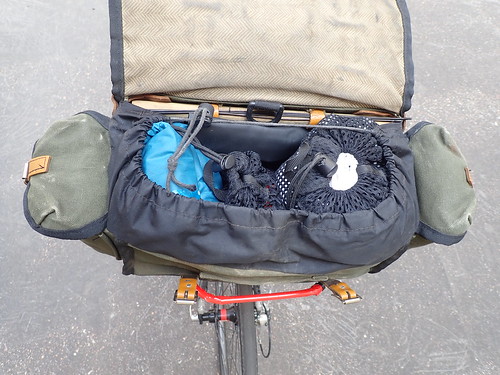 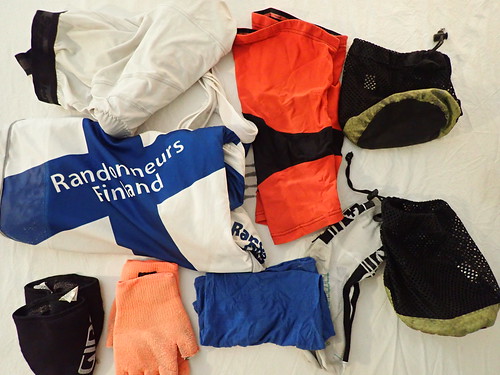 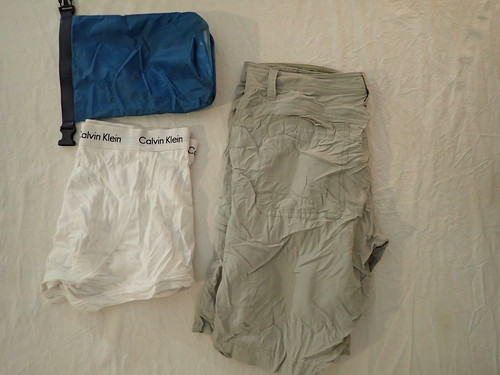 Clothes are in 3 pouches. Waterproof pouch has shorts and underwear for hotel stops. Small extra layers are in one pouch and jacket and 2nd pair of shorts and socks are in the other. 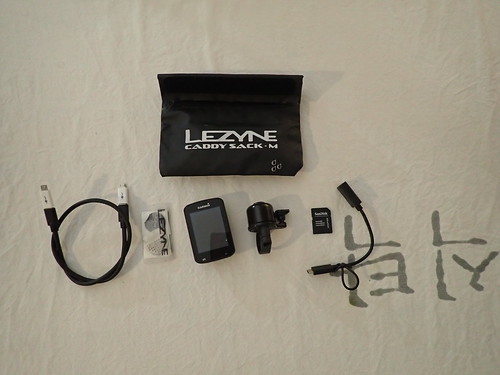 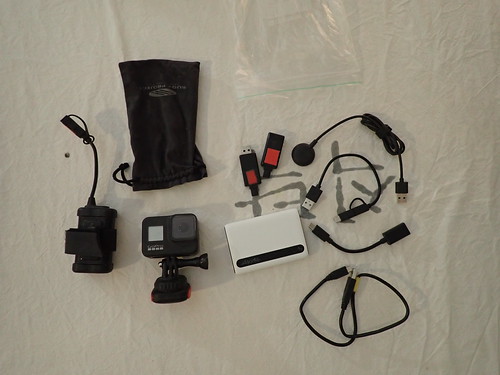 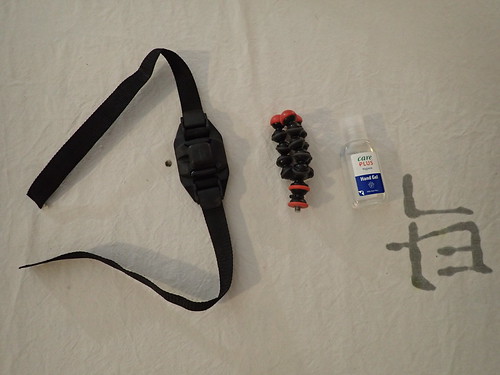 Finally in the handlebar tech bag I have spare battery for Piko, a GoPro 8 and a pack of cables used mainly with Cinq. The food pouches are for food and side pockets have a camera stand, helmet mount for Piko or GoPro and some hand disinfectant.

Hope you enjoyed. Pardon for all the typos as my ferry leaves in a few hours I won’t have time to fix them until after Tcr. 🙂