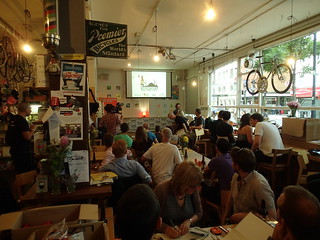 How I decided to ride Transcontinental race

I’ve participated the race since the 1st edition in 2013. Over the years I’ve heard both audience and riders share comments like: Epic, crazy, extreme, adventure, you name it. I heard of the event early in 2013. My 1st reaction was nothing of the former. It was more like ”Hey, this is something I’m pretty good at”. I had travelled around the western parts of the route before and I was familiar with, somewhat, efficient bicycle travel. There would be plenty of interesting places to visit along the route and daily distance was rather easy 230 kms per day. I wasn’t able to find the original event announcement, but I remember it saying minimum 3200 km and 2 weeks. It was however named ”race” and I kind of forgot about it. I’ll get back to this subject later.

I had already signed up for London-Edinburgh-London 2013. While planning my trip there and back I started thinking about the Transcontinental race again. It would start just a day after LEL ends and I might just as well ride back home via Istanbul. I didn’t have to race it. Just finish in time. Had it not started just after LEL, I probably never would’ve bothered to attend.

My concerns about the Transcontinental were not equipment, fitness or routing, those I would just do, but rather legal. I was concerned with the rider agreement’s lines about photography of the event. Wether material from the event could be used by event etc. As juridical english isn’t my 1st language it took a while to understand what agreement tried to say. ”(a) not more than one video camera shall be used in making the film” – does that mean I’m breaking the rider agreement when I use GoPro and compact camera at the same time? Who knows. 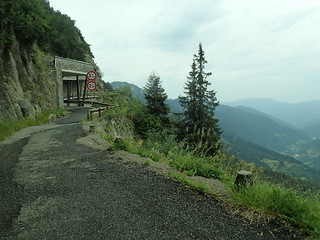 Much did I know

There were three things I learned during the 2013 preride meeting at Look mum no hands. First was that I was in the right place. Nearly none was there to seriously race it. Doing their best would be quite enough. Second thing was that some were there for an adventure and some obviously had no idea what they had signed up for. Either they were illiterate or expected a sport event. Third was that event’s rules would be flexible.

For the 1st edition everything was new. None, even organizer Mike Hall, would know what kind of people would sign up. None knew how many would make it to Istanbul. Would anyone be following the race? And would it be a race?

Lots of people first heard of the Transcontinental race when they saw Melons, Trucks and Angry Dogs. Good promotion maybe and otherwise a mess. Riding in a group or with a friend was not allowed and, yes, the film is mostly about two guys riding together. Not that they were the only ones. And film definitely wasn’t about a race. It was just confusing. The film is about things the Transcontinental is not. 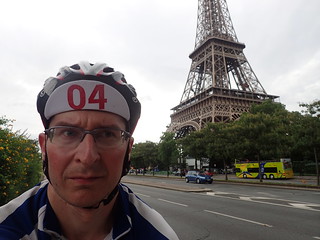 Let there be rules

Thanks to pairs category and clarified ”must read” rules the 2015 edition was a lot better. There is however one significant rule missing. The deadline. It should be a race against the clock. Participants shouldn’t just try to figure how to ride from start finish, but also how to make it in time. It can be a nice bike ride even if you miss the party, but you didn’t finish the Transcontinental race. You may miss the handout of black jersey because of bad luck, bad preparation or fatigue, but if you missed it you missed it.

The former is needed to understand why support is not allowed. Otherwise you could simply say that once the winner is in Istanbul (or Çanakkele) the rest could ride to finish as a group. No. You still have a clock to win and you need to do it by the rules.

There are also some rules that shouldn’t be there. Ferry travel mostly extends roads and is more a constraint than a boon to speed. Coming to Transcontinental from brevets I don’t understand the no recumbents rule. Any human-powered street legal vehicle should be allowed. If they are better then so be it. I also think drafting should be strictly prohibited from kilometer zero. 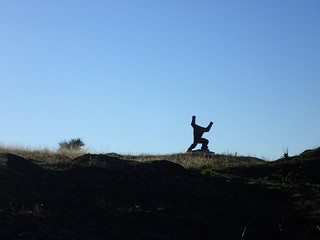 What Transcontinental race is not

Transcontinental race is not a race and god forbid never will be. Why? Because people are idiots. The list would go on and on, but here are a few reasons. Cycling events from masters to gran fondos have a terrible doping problem. Here you could add to the list of chemistry all stimulants that keep you awake. Doping is both inhumane and dangerous yet there will be someone using it. Another story is support that is easy to arrange and hard to detect. Abusing support however is a minor problem compared to sabotage since that could put other riders at risk. I think you got the point. Don’t hate the players, hate the game.

Rider can be fit enough to finish, but still fail. Pushing a few extra watts is nothing compared to skills that make a difference. Knowing when to eat, when to rest and when to just enjoy your time on the saddle. You’ll learn by reading other rider’s stories, not just by cycling more. Like the quote ”Why bring a sleeping bag? You can sleep in your cycling clothes, but you can’t ride in your sleeping bag” (I think it was Douglas Midgen). Lots of non-riders are astonished by how long distances we ride with so little rest. Well. They would really be stunned if they heard the shit we eat to do it. In 2015 I rode the last 1000 km with mostly Coca cola and ice cream.

You won’t stay sane on the saddle if you keep thinking about cycling or pushing pedals harder. Listen to your legs, don’t tell them to shut up.

If you know something unexpected will happen during Transcontinental race then go and un-unexpect it. If everyday things come as a surprise, you are doing it wrong. You’ll know how you act when you are tired by riding until you are tired. You’ll know how to be efficient during breaks by riding in previously unknown areas. If you train in your own neighborhood you don’t learn anything relevant. Go somewhere you haven’t been to. Just don’t wait until the race. There is a common misunderstanding that Transcontinental riders are some tough bad-ass people who enjoy going beyond comfort limit. Atleast I’m not. I’m just going to do what is needed to make it to finish in time and do my best to enjoy the time on saddle. 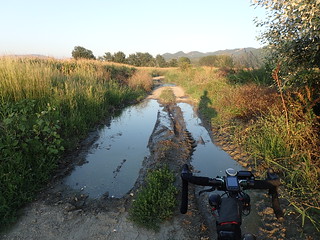 What is the Transcontinental race (and why it matters)

In the beginning I wrote that when I heard of the Transcontinental race I thought ”this is something I’m pretty good it”. Maybe. But there was some much more to learn. Logistics. Planning. Local customs. Own limits. It has been a interesting and emotional way to gather bits of experience and learn to ride a bicycle. Thats it. To finish the Transcontinental race you’ll have to know, or learn, a whole lot of unexpected things. When I started cycling little over 10 years ago I thought it was just me who didn’t know how to ride long distances. Nowadays I’m pretty convinced that there are actually very few people in the whole world who know what a bicycle is capable of. It may be that participants are a rare bunch, but it never ceases to amaze me that (by our standards) normal people on normal bicycles can travel across Europe in 2 weeks without support. Many others could too. If they only knew what it takes to do it.

Learning to ride a bicycle

There are so many things wrong with the image of long distance cycling. Being epic and extreme fades away the fact that it also moves people around. Many things from facing the elements to dodging trucks to getting lost to fixing a flat are normal. In rain you get wet. On roads there may also be others. You are lost until you are not and so on. Just watching, not even riding, Transcontinental will get you to all new level. In the end the things riders do are very pragmatic. By watching Tour de France you’ll probably learn something about team tactics, but by following 250 dots travel from Belgium to Turkey unsupported you’ll see a lot of strange things you probably didn’t expect

Everything in Europe is just a bike ride away. If you like it easy, use a bus or train for some segments.

Bicycles are ok. Textiles are good enough. Lights are mostly ok. The rest of equipment not so much. The Transcontinental race is a amazing place to crash test all kinds of equipment.

One terrible thing is quality of bicycle navigators. They are dangerous, lag features, also have too many features and are a major cause of frustration to many. After a few more generations they may be good enough. There are lots of electronics, like cameras and handsfrees, that fall into same category. Another generally bad thing is the luggage. Even if you have access to every bag from everyone it is hard to put together a good kit. Much less if you are trying to stick with one company’s offerings. Too many details with luggage has to be improvised. Yet I hope bags will also get better as time passes and new ones come available.

Atleast riders and spectators will learn from rider’s experiences what works, what doesn’t, what has a steep learning curve and what is simple to use.

Like the spectators of Paris-Brest-Paris, the dot watchers are hard to recreate. I hadn’t thought about it before Transcontinental race, but it makes riding so much more fun you know others are watching, even other riders. All the stops, all the errors and all the right moves. Someone will be watching. For newcomers this will be something they can hardly prepare for.

As such it is also great promotion for long distance cycling in general. You can follow it 24/7 or just replay the entire event if you just heard of it. Hopefully this year there will be even more coverage for example through live streaming video. 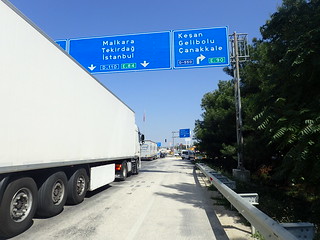 Transcontinental race is many things. For me its been about learning to ride, having fun, getting to know other riders and being a puppet promoting long distance cycling. The rules are there and within them you can make it your own. You can even try to win, just don’t try too hard.